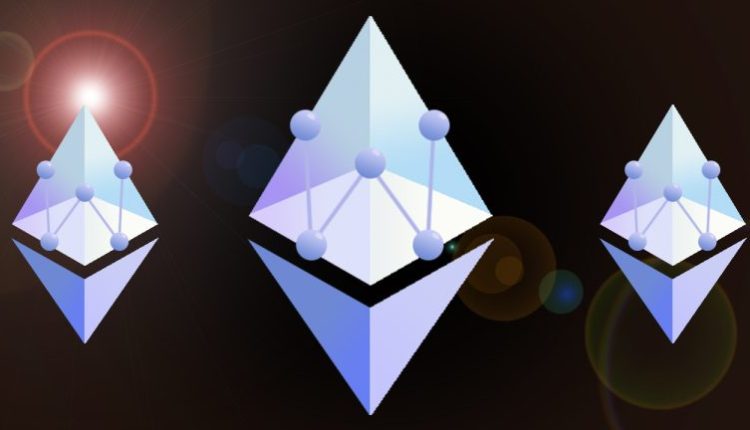 With the new Ethereumpow (ETHW) network launch, ethereum holders are eligible to receive a single ETHW for every ether they own. The following is a simple guide that shows ethereum holders how to access their ETHW tokens using a wallet like Metamask.

16 days ago, Ethereum transitioned from a proof-of-work (PoW) blockchain to a proof-of-stake (PoS) network, and ethereum miners chose to mine a few different coins like ethereum classic and ravencoin. Some miners transitioned over to the new Ethereumpow (ETHW) network, and the blockchain has been live for more than two weeks since it launched. At the time of writing, there’s 52.27 terahash per second (TH/s) of hashrate dedicated to the ETHW network.

Moreover, the ETHW token has been trading for prices between $10.96 to $12.16 per unit during the last 24 hours. The USD value of ETHW is up 20.6% during the last two weeks, and seven-day statistics indicate the token is up 49.1%. However, during the past 24 hours on October 1, 2022, ETHW has lost roughly 7% against the U.S. dollar. Because ETH owners are eligible for ETHW at a 1:1 rate, after the ETHW network went live, ether holders have been gaining access to their coins.

The following post is a simple way to access ETHW using a Metamask wallet by simply updating the network. ETH owners can also leverage different methods like importing their seeds into Metamask or a wallet that supports the ETHW network. Some wallets like Crypto.com’s defi wallet has a toggle switch that checks for balances, and if you held ETH on Crypto.com’s defi wallet, simply check for balances and the ETHW token can be added.

To leverage the Metamask route, it’s assumed you already have ETH in a Metamask wallet throughout the rest of this guide, but if you don’t, it’s also possible to import your ETH wallet into the Metamask platform and access the funds from there.

Assuming you already have a Metamask wallet that held ethereum (ETH) before The Merge or before September 15, the next step is accessing Metamask’s settings section in the wallet. In order to access the settings simply click the account icon and press “settings.”

In Metamask’s “settings” section, on the left side of the screen another section called “network” will be visible, and there’s an icon of a plug right beside it. Press “network,” and the section will take you to an area that shows all the networks your wallet is connected to, and from here simply press “add network.” After pressing the “add network” button, Metamask will warn you about malicious networks as the platform states:

A malicious network provider can lie about the state of the blockchain and record your network activity. Only add custom networks you trust.

Below the warning are the fields of entry that are needed to access the ETHW network. There are five fields to fill out, which include: “Network Name,” “New RPC URL,” “Chain ID,” “Currency Symbol,” and the “Block Explorer URL.” In order to connect to the ETHW chain simply leverage the RPC data written below.

After filling in all the fields, simply press “save” and connect to the ETHW network. When the wallet is connected to the network, it should now display a balance of ETHW, depending on how much ether was originally in the wallet. From here, the ETHW balance can be saved, transferred to a different wallet or address, or sent to an exchange to be sold.

If you plan to sell the new tokens, make sure the trading platform supports the ETHW chain. In addition to accessing the ETHW network via Metamask, the hardware wallet company Ledger has published a blog post that describes how ETH owners can obtain their Ledger ETHW account via Metamask.

Disclaimer: Walkthrough editorials are intended for informational purposes only. There are multiple security risks and methods that are ultimately made by the decisions of the user. There are various steps mentioned in reviews and guides and some of them are optional. Neither Bitcoin.com nor the author is responsible for any losses, mistakes, skipped steps or security measures not taken, as the ultimate decision-making process to do any of these things is solely the reader’s responsibility. For good measure always cross-reference guides with other walkthroughs found online.

Have you tried to access your ETHW tokens after The Merge? Let us know your method and how you did it in the comments section below.