5 Cities Where Home Prices Are Most Likely to Drop Soon 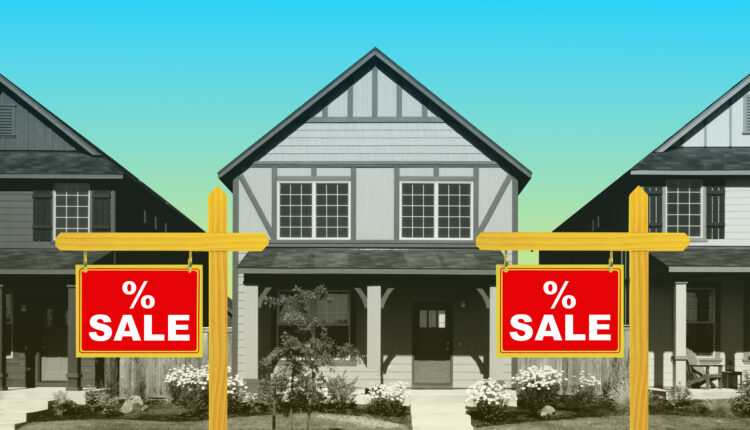 The days of record-high house prices in the U.S. could be disappearing. In fact, research indicates home prices will drop in the months ahead in some of last year’s hottest real estate markets.

Overall home price growth is expected to slow down dramatically in the U.S., and five cities now have a greater than 70% chance of seeing price declines over the next year, according to data analytics provider CoreLogic. The company factored in economic housing and economic data across nearly 400 cities in all 50 states to determine the likelihood of a housing bubble popping in each market.

The top five markets where home prices are especially likely to fall are all located in the Pacific Northwest.

Top 5 markets where home prices are most likely to fall

Selma Hepp, deputy chief economist at CoreLogic, notes that these markets in the Pacific Northwest have probably been overvalued, and they are more sensitive to recent changes in economic conditions and mortgage rates.

“Overall, in addition to market overvaluation due to a strong surge in home price, particularly in Idaho, the decline in national consumer confidence, and the increase in mortgage interest rates are the biggest drivers behind the risk” of home prices dropping, says Hepp.

Signs of a shifting housing market

What a difference a year makes.

In 2021, two of the markets cited above were among the top five places for homeowners’ return on investment when it came time to sell, according to to real estate data provider ATTOM. Boise homeowners saw an average return of 121.8%, while Bremerton homeowners enjoyed an ROI of 82.7%.

Boise was also among the top five cities for median home price increase last year, up by 27.2% year over year, compared to a national increase of 16.9%.

The quick about-face in the housing market comes largely as a result of rising mortgage rates, high inflation and increasing fears of a recession. Many would-be buyers have been priced out of the market as monthly payments rise and their buying power has eroded.

Overall market conditions, while still very favorable to sellers, are starting to shift a little more towards buyers. Slowing demand has led to an increase in inventory, with June seeing an 18.7% year-over-year increase in new listings, the fastest rise in inventory since 2017, according to Realtor.com.

At the same time, asking prices are starting to come back down to earth as a new reality sets in for sellers. Asking prices actually decreased by 1.5% between May and June this year, according to real estate brokerage Redfin. The number of sellers offering price reductions has increased to 6.5%, the highest rate ever recorded since Redfin started tracking the data in 2015.

As the market continues to cool off, buyers who are still intent on purchasing a home this year are bound to start seeing more favorable opportunities pop up.

“Between now and the end of the year I think the power will continue to shift towards buyers, resulting in mild price declines from month-to-month,” said Redfin chief economist Daryl Fairweather in a statement.

For Retirees, Downsizing to a Smaller Home Isn’t the Cash Grab It Once Was

When Will Home Prices Fall? Here’s What Experts Predict

Access Healthcare plans to hire 18,000 people in next one year