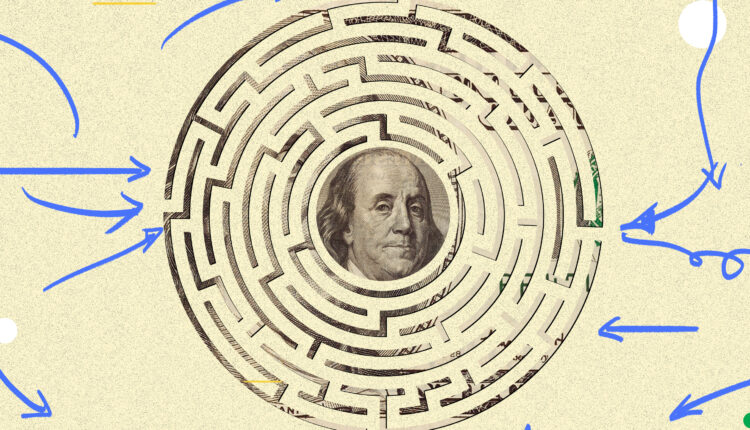 With July’s record-breaking heat, you might still be daydreaming about that white-sand-beach getaway (or maybe you were lucky enough to actually take that beach vacation). But with August here, it’s time to apply the Aloe and get back to reality — or school.

For this month’s installment of Money Moves, we’ll walk you through the various tax-free holidays for school supplies. You’ll also want to keep your eyes peeled this month for federal student loan updates as payments are slated to restart soon. We’ll also share tips on how to support Black-owned businesses in your community for National Black Business Month.

Here are three big money moves you should make in August.

More than a dozen states host annual tax-free holidays to help parents and students prepare for the upcoming school year or semester.

What that means for you, if you live in one of those states, is that sales tax won’t be applied to certain school-related items at retailers. That translates into a discount of about 4% to 7% depending on where you live. That may not sound like much at first, but it can add up.

According to the National Retail Federation, families of K-12 students expect to spend an average of $864 on back-to-school shopping this year. For college students, that number is $1,199.

And with the inflation rate clocking in at 9.1%, every little bit saved helps.

The Federation of Tax Administrators (FTA) says the following 15 states have back-to-school tax holidays in August:

While the weekend of Aug. 5 is the most popular tax holiday, each state sets their own rules that include the dates and spending caps, as well as which items are eligible for the tax break. Before you head to the store, check with the FTA for specifics about your state.

Note: Mississippi and Tennessee also hold tax holidays, but they ended in mid-to-late July. Additionally, five states — Alaska, Delaware, Montana, New Hampshire and Oregon — have no sales tax at all.

The federal student loan forbearance period is nearing its Aug. 31 expiration date. If you’re one of the nearly 40 million borrowers who have federal loans that are eligible for the ongoing payment pause, you might already know this.

The deadline for payments to resume has already been extended six times. Many are wondering if President Joe Biden will push back the date yet again. Some experts think another extension is probable.

Still, that’s no excuse to tune out. You’ll want to keep an eye out for any notices from your loan servicer — an indication loans are about to resume. Or, you’ll want to stay on top of the news to see if another extension is officially announced.

Experts are also expecting Biden to unveil plans for student loan forgiveness in tandem with a decision about the forbearance. Many assumed this announcement would come in April, but Biden has remained fairly tight-lipped. The president has said he would make a decision by the end of August, and he has signaled that he is in favor of forgiving $10,000 of federal student debt per borrower — possibly with an income cap between $125,000 to $150,000.

For now, nothing is for certain. If you have federal student loan debt, the safest course of action is to assume the payment pause will end in August and payments will resume shortly thereafter.

3. Discover and shop at Black-owned businesses

Every month is a good month to make a point to shop at Black-owned businesses. But as National Black Business Month, August is an especially great month to do so.

Due to structural inequalities in the U.S., including a lack of generational wealth to tap and unequal access to capital, Black-owned businesses are somewhat hard to come by.

According to the latest data from the Census Bureau, there were only about 135,000 Black-owned businesses with more than one employee in 2019.

Given that the pandemic hit Black businesses disproportionately hard, it’s likely those numbers have fallen. A report from the U.S. House Committee on Small Business, for instance, found that during the early days of the pandemic, Black business ownership rates plummeted 41%.

This month, carve out some time to look for Black-owned businesses in your community and look for ways to incorporate them into your regular shopping routine, even after August ends.

Here are some websites to find Black-owned businesses.

Black Woman Owned: a marketing service that connects you with businesses owned by Black women via a directory and an emailing list.
ByBlack: a partnership between the U.S. Black Chambers and American Express. It acts as a directory as well as a certifying body for Black-owned businesses.
Support Black Owned: an online directory where you can search by business type and zip code.
Official Black Wall Street: a listing service for Black-owned businesses, e-commerce sites and restaurants. Use the site to “find anything Black-owned. Anytime.”

You can also look for chapters of Black chambers of commerce in your area. They work to list and promote nearby Black-owned businesses. Another strategy: Some nationwide e-commerce sites and apps allow you to filter your searches by Black ownership.

Target, for example, launched a “Black Beyond Measure” campaign that lets you to search for products from Black businesses and vendors on its website. Similarly, UberEats allows you to target your restaurant options by typing in “Black owned” in the search bar.

Wing Finance gains 167% in a week: here’s where to buy WING token